Full Professor at NOVA FCSH, she lectured Lexicology and Lexicography, Terminology, and Specialized Corpora at graduate, post graduate and PhD courses, and coordinated the Portuguese Language and Culture for Foreigners courses of NOVA FCSH for many years.

She has coordinated and participated in national and international projects on Lexicology, Lexicography and Terminology, and on Portuguese specialized language teaching, in a foreign language for specific purposes optics.

She was the Coordinator of the LLT – Lexicology, Lexicography and Terminology Research Group of Linguistics Research Centre of NOVA University Lisbon (CLUNL).

She has collaborated in several international research networks, is member of the Scientific Council of several Journals, and has been supervising Master and PhD theses, including in co-orientation and cosupervision with national and foreign universities.

In 1996, she was awarded the title of “Chevalier dans l’Ordre des Arts et des Lettres” by the French Ministry of Culture, and in 2006 she received the “Prix Spécial de Terminologie Eugen Wüster”, by the University of Vienna, INFOTERM and UNESCO. 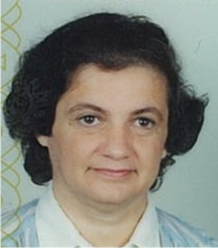